Sitting in a classroom one day, waiting for another ordinary dragging class to begin, the professor turned on the projector in the room. Almost every classroom at my university has a projector. Some are new and shiny and hang from the ceiling. The one that this professor has is black and bulky and sits on a table. While the newer models have better technical capacities, they both do an equally good job of, well, projecting images on the screen. That’s what they’re for, after all. Yet, at that moment, my professor decides that her projector is broken and too old to be used, because apparently things “went wrong” before she even started her lecture.

Is it my professor’s problem or IT department’s!!

She begins to rant on and on about how the IT department is filled with nice guys, but they really have their hands full with too much and that they should fix technology before they add new technology, etc., etc.. And the whole time, I’m sitting in my chair wondering to myself what her problem was. There were three problems that became clear with a moment’s thought. The first: the webpage she was trying to show us would not expand enough to have all the words display on it without scrolling. The second: the color hue of the picture projected on the screen was not exactly what it was on the computer. The third: the sound wasn’t loud enough.

Somehow, these three issues led her to believe that the technology ready and available to her was unusable until IT fixed it. Professors at a university are not there to be technology experts, but they shouldn’t be completely dumbfounded by simple little issues like this. Nor should they blame it on IT, when it is simply their limited knowledge of technology that causes the stress. Case in point: to fix her first problem, my professor could have either changed the zoom on the webpage or, if she wasn’t sure on how to do that, copied and pasted the text from the website into a Word document and shown it from there.

The two other problems she was having were not IT’s fault either. The color hue was not the same, because no projector will exactly match the coloration on an LCD, not to mention, someone had changed the contrast on the projector. The sound wasn’t bursting out of the projector, because the sound on the computer wasn’t turned all the way up. Once she had fixed her problems (after students had pointed out the solutions to her), she sat down and proclaimed, “Nonetheless, I should still probably go down to IT and get this projector checked out.”

Suffice to say, I didn’t participate much in what was left of that class period as I sat there in shock at her words. Really?

What saddens me is it’s not just this one professor that has issues with technology. Just yesterday, while each of my professors was in the middle of their lectures, a Java Auto Update popped up! Not one of them just canceled out of it calmly and went on with their lesson. All of them were none too happy about how one pop-up wasted class time and how IT should fix it.

If they don’t want it showing up every day during their lectures, they should come in early, download the new update, and then it won’t show up for a while! Of course, in a couple of months down the road whenever the next update for any type of software on their computers comes around, they’ll probably just complain about that too. Whenever something unusual happens with technology at my university, professors never take two seconds to look it over and probably fix it. Instead, they immediately call IT and wait for an IT guy to come to the classroom. Who’s wasting precious class time now? 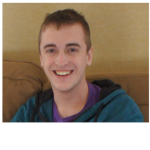 4 thoughts on “Do Professors Have Any Technological Common Sense?”