WizIQ announced at EDUCAUSE last month that it will launch the private beta for its Virtual Classroom iPad app sometime in the month of November 2011. This app is an extension of its desktop counterpart, geared mainly toward students to give them anytime, anywhere access.

While educators are still divided over Apple’s tablet (and tablets in general), ultimately the only way to assess a technology’s impact is to try it, not only to enhance or replace existing classroom instructional techniques, but also to truly innovate and explore the new pedagogies it enables. Educators must look past how things are currently done and have, in fact, been done for hundreds of years.

What might tablets enable for education in the future? Companies like WizIQ see the iPad (in the near term) as a chance to rev up the educational experience for students with electronic assessment tools, real-time collaboration, and 24/7 access to resources.

A variety of schools seem to agree:

Their efforts have not been without bumps in the road, but adoption of new technologies for meaningful transformation in the classroom is never easy. That said, the payoffs can be extraordinary.

The iPad and learning: Pros

There are several ways in which the iPad (and tablet technology in general) can transform the educational experience:

This may seem obvious, but to the student hunched under a bulging backpack, it’s incredibly important. In size and weight, the iPad is a mix of laptop and smartphone. It has a long battery life, letting it play 10 hours of video and 140 hours of audio without recharging. In the recent EDUCAUSE paper, “iPad apps for learning”, the authors noted that the iPad also gives an interactive media experience with tap-and-swipe access to dynamic diagrams, animated illustrations, illustrative videos, and updatable content, all available at a touch for interaction. No wonder around 15 million iPads have been sold to date.

The research paper, “iPad or iFad – The reality of a paperless classroom”, points to a positive correlation between iPad use and transfer of learning. These findings are attributed to the cognitive theory of multimedia learning, which emphasizes that a student’s cognitive load is lessened when learning via multimedia (Mayer, 2001). As a result, retention and interest rates increased by more than 25% in multimedia environments.

An excerpt from the research “iPad or iFad” mentioned above stresses the positive effects of multimedia on learning:

We have talked for years about the idea of “anywhere, anytime” learning. Devices like the iPad are finally making that possible as connectivity becomes more robust and ubiquitous.

Imagine attending your classes from your bedroom, a coffee shop, poolside, or the road while travelling for work. Just as importantly, with the right content and instructional leadership, learning need not end when class does.

Whether you learn best by hearing, seeing, or doing, the iPad caters to all styles of learning. A study published by EDUCAUSE stresses this point by outlining how the iPad presents visual, auditory, and kinesthetic data to learners. Auditory learners can listen to podcasts and lectures. Visual learners can view educational videos, presentations, and images.

And the mere act of touching these presentations, to say nothing of interactive games and simulations, targets kinesthetic learners. For these “do-ers”, who have long struggled with traditional approaches to education, tablets can be especially important. One astronomy professor, for example, uses the iPad to teach about individual stars and constellations. Through having the students “move the sky” to see constellations in various seasons, and from any place on the Earth, the professor empowers tactile or kinesthetic learners to engage in ways that a lecture simply could not.

Better yet, most people learn through a combination of styles. The iPad’s broad range of capabilities addresses all of them, potentially providing a significant enhancement to classroom instruction.

5. They engage students with interactive learning

Psychology and pedagogical literature points to the fact that active experiential learning enhances retention. This approach can be easily incorporated via the iPad, thanks to the variety of available multimedia software. Imagine learning about the solar system with a 3-D view of the cosmos that can be moved with a single touch. Until now, such learning could only be accommodated with an interactive whiteboard (limited to only one or two students at a time) or far less intuitively in a computer lab.  Proponents of discovery learning like Piaget, Bruner, and Slobin also support this notion that active participation enhances learning.

The iPad and learning: Cons

Of course, not everyone is convinced that the iPad will revolutionize learning. A Miratech 2011 study report states that students using the iPad have 20% less retention rates than those using print and spend less time concentrating.

During the recent EDUCAUSE conference in Philadelphia, universities across America released studies of iPad use with mixed results. While some schools like Pepperdine University reported greater engagement and learning with iPads, others like Oberlin are still skeptical. There is no doubt that tablets (or any 1:1 computing device, for that matter) bring with them the potential for distraction and destructive multitasking, making the development of new approaches to learning that leverage the iPad’s power and minimize its challenges even more important.

The iPad, education, and the future

Everything has a downside. However, so far the majority of studies have found a great deal of potential for tools like the iPad in the classroom (and beyond). As educators become increasingly adept at engaging students through these new tools and schools look for cost-effective ways to make 1:1 a reality, greater adoption of tablet technologies seems both highly likely and generally very positive for e-learning.

The examples cited here don’t just take advantage of 21st century technology. They also represent a major pedagogical shift. With this shift, players prominent in the e-learning and m-learning domains, such as Adobe Connect, BlackBoard, and WizIQ become more relevant as their tools and services go mobile.

According to Christopher Dawson, V.P. of Business Development, WizIQ:

“When students can access tutoring resources whenever they need them or are driven to explore and create in new ways, when students build their own cloud-synced portfolios of high quality work, when students find new things they want to learn and are imbued with the curiosity and empowered with the tools and time (and guidance) to go after knowledge, when students spend their lunches with their iPads under a tree reading a good book that they were allowed to download instead of watching teenagers crashing skateboards on YouTube, then you have some transformation.”

Ultimately, the question is, what do educators think? Do you believe the iPad is here for the long haul, or is it just another education fad? We’d love to hear your thoughts! 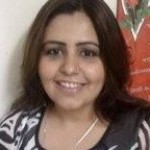 Flipped Classrooms have been around as an offshoot of blended learning methodology for more than a decade, now. In the flipped classroom, your student

High touch or low touch – which customer onboarding model to use?

For a Software-as-a-Service or a SaaS company, customer onboarding forms a crucial phase that helps set the stage for post-sales customer experience.