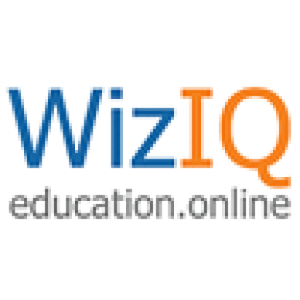 With classes being completely virtual, students are spending most of their time on screen, and homework on top of that has proved to be overwhelming for them.

Parents, mostly working from home, hardly find time to check on their wards’ homework status and that raises a question on how much the students are actually learning during the lockdown?

“More than two million children in the UK have done almost no schoolwork at home during the coronavirus lockdown, according to researchers.

The report by the UCL Institute of Education found one in five pupils have spent less than an hour a day on study since March.

Only 17 percent of children put in more than four hours of schoolwork a day, it is claimed.

On average, pupils locked down at home in the UK spent an average of 2.5 hours on education, the report concluded.”

Some schools have laid down new guidelines for homework during the lockdown but most of the educators are still using the old ways of assigning work to students, often overloading them.

Now that the classes have been reimagined, homework needs to be tweaked too, in order to help students cope better with their studies during the lockdown.

A few ways in which this can be achieved are

Students get bored with traditional homework, solving problems, or writing long answers in their notebooks. A good way to tackle this is to assign them short, informative videos to watch after the class and discuss it the next day.  Take a poll or a short quiz about their learnings and grade them accordingly. This will keep them engaged and will add to their learnings as well.

Educators have a habit of assigning loads of work after the class like completing a full exercise related to a topic or solving multiple problems out of a maths book.

Give them a questionnaire and ask them to do only 5 out of them at a time. Overloading them with homework might confuse about what to study first and where to start, impacting their overall learning.

Spending 6-8 hours online, attending classes can be taxing for students. On-screen homework on top of that can do injustice to them.

Assign them a book to read or an article from the newspaper. Ask them to make notes of out them and discuss them with the class. Reading is always a good practice and in a world of technology, where we are mostly looking at our screens, it proves to be healthy as well.

Divide the class into groups and assign roles to them. Students can keep a check on each other’s work and can constructively comment on that.

This brings in a sense of responsibility as well as belongingness. Keep switching groups to increase interaction in the class and build a healthy relationship between classmates.

Working from home has many parents time-bound and they hardly find time to check on their ward’s learning status. But it is always better to have an interaction with the parents once in a while to check how their child is coping up with virtual schooling.

Ask them if they can find some time to help their children with homework and or check if there are any other blocks affecting the student’s learning.

Homework and assignments are definitively very important for the students, impacting their overall learning curve.

However, overloading them with work will make them sulk rather than enjoy it. Tweaking work can be beneficial and should be practiced more often in order to get the best out of them.

SCORM? It’s time to move on!