We live in an age where people are constantly plugged in. You can’t go anywhere without seeing people on their smart phones: texting, tweeting, e-mailing, and complaining to all their Facebook friends about the smelly guy that just sat next to them on the train. I often find myself wasting the hours away refreshing my Facebook or Tumblr page the way I used to mindlessly sit in front of the TV all night when I was a little kid. Of course, back then, my mom could switch the channel to PBS or some other educational program, so my brain didn’t rot completely and the hours weren’t totally wasted. So how can we do this with social networking?

Is there a way to sneak in and find a way to make those hours on Facebook productive in an educational setting?

From my experiences, I can answer that question with an emphatic yes! I go to Columbia College Chicago, a liberal arts school whose “Principles for Student Success” include “Form Your Creative Posse!” (a “hip” way of saying collaborate) and “Live What You Love!” True to its progressive and forward-thinking nature, the college has hopped on the Facebook bandwagon and has created not only a page, but an entire application.

After getting accepted to Columbia and creating a school e-mail address, I received an invitation to the app. It was divided into two separate sections: one for incoming students and one for current students. So until a few weeks before classes started, the app I had access to was only used by other new students, just like me, who were both nervous and excited to start at Columbia. Within the app, you had your own profile where you could include information such as your major, hometown, interests, clubs, and even the dorm you were assigned to live in. There were forums where people could post questions and Orientation Leaders (the only current students with access to the app) would answer. It created a really awesome little community where everyone was extremely eager to make new friends and could do so comfortably behind the mask of the computer screen. My best friend started talking to me because we’re both Fiction Writing majors and were going to live in the same building. We were able to make a connection while I was still in Massachusetts and he in Texas. The night he moved in, he messaged me on Facebook (at 2:00am) and we met up in our pajamas and spent the night giggling in the dorm’s social lounge. He’s now an instrumental member of my “creative posse” and the first person to hear the early drafts of my stories.

Reaching Out to Collaborate

Once I started classes and automatically switched to the app that included current students, the newsfeed quickly changed from updates like, “I’m so excited to start classes!” and “Who else going to the Welcome Events?” to “I need models for an upcoming studio shoot!” and “Who wants to be an extra in my zombie movie?” My first semester, I took a class on how to write comic books and needed to find an artist to illustrate the first six pages of my graphic novel. I posted an ad on the Columbia app and found an artist who did the job for $20 and a batch of chocolate chip cookies.

How does Facebook hold up as a Learning Management System?

Though the app was great for the socialization aspect of college and the idea of collaboration, it wasn’t as popular when it came to running classes. There was an option to treat it as a Learning Management System, with built-in pages for each class. I never had a professor who made use of it, but some of my roommates did. They were required to post homework on the Facebook page and respond to each other’s work. There were a few problems with this, the most glaring one being that not everyone has a Facebook page. (Insert gasps and protestations here.) Yes, though Facebook almost seems to be a first world requirement, like a birth certificate or social security card, more and more people (especially hipster art school kids) are ditching it. Many of my friends deleted theirs because it was too big of a distraction. It seems silly to require students to have an account on a website that isn’t inherently educational and could distract them from their studies. On top of that, though the Columbia app profile page is separate from your personal page, it is still connected. Personally, I would feel a little uncomfortable making my page that accessible to other students and teachers. Besides, there are plenty of Learning Management Systems better designed for online teaching. Professors might as well make use of the systems their schools are already paying for instead of using a free website as faulty as Facebook.

So what does it all mean?

Social networking isn’t going away, so we need to figure out the best ways to utilize it for our needs. Though Facebook isn’t a great system for actually educating students, it’s a fantastic way to build community within a school. The importance of community within education should never be underestimated, as students often learn best when they’re surrounded by those they feel comfortable with and challenged by. Through a college’s Facebook app, students are able to connect and collaborate in a way that’s simple, comfortable, and easily accessible. 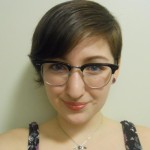